Ms. Silver Screen: Woody Allen and His Last Two Films: Midnight in Paris, You Will Meet a Tall Dark Stranger 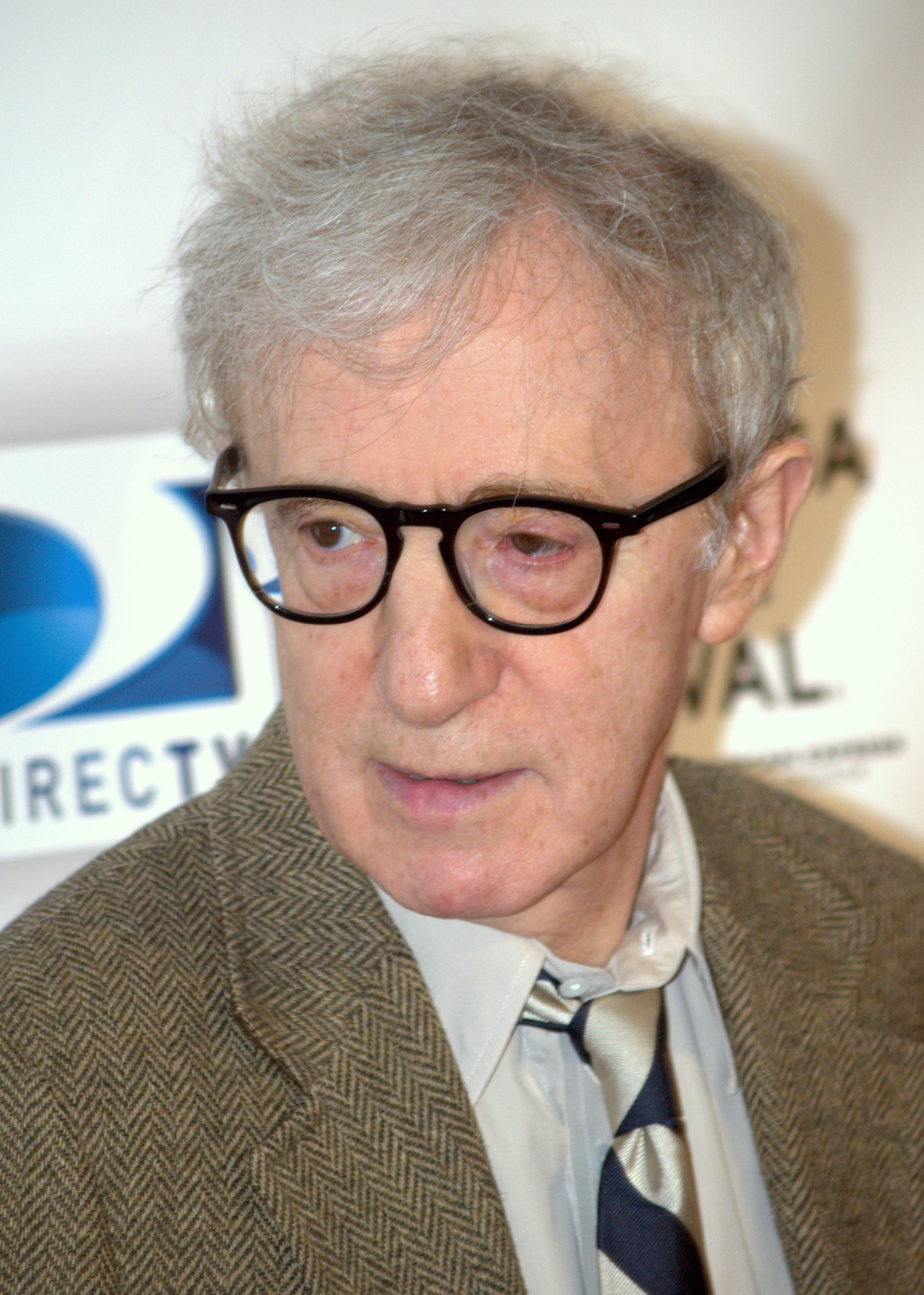 My introduction to Woody Allen came from the 1977 classic Annie Hall. I knew nothing of the bespectacled man before then, even though his work has been around for – quite literally – ever. In the four films of his that I have seen there have been some common characteristics. (I am almost ashamed to admit that Annie Hall, Vicky Christina Barcelona, You Will Meet a Tall Dark Stranger, and Midnight in Paris are the only films of his that I have actually seen.) I am struggling to recall the exact details of Annie Hall and Vicky Christina Barcelona, but the other two are fresh in my memory; I watched You Will Meet a Tall Dark Stranger just last night and I’ve just come in the door from a screening of Midnight in Paris.

I often wish I had the ability to stop a movie twenty minutes in just to review that short time. So much can happen in the opening of a film. In the first – say, half an hour – of You Will Meet a Tall Dark Stranger we meet two couples. Alfie and Helena (Hopkins and Jones) are recently divorced. Roy and Sally (Brolin and Watts) are struggling to get by. Alfie is an older man and his wife has – in his words – allowed herself to get old. He simply cannot abide. Daughter Sally is in a marriage with a man who graduated medical school only to become a failed writer. 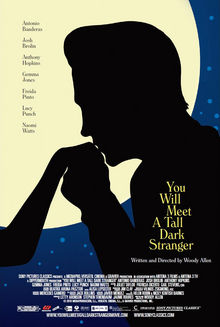 Neither relationship appears happy. This is a common theme to me in my limited Allen experience. So Alfie finds himself a young strumpet to fill his time and his need to be a young man again while ex-wife Helena finds spiritual guidance through a fake psychic. Sally awaits success from her husband’s most recent literary attempt while dreaming of an art gallery to call her own and a boss who is married with – apparently – a mistress. It’s a mess. So Roy finds a muse in the new neighbor across the way named Dia. Dia (Pinto) is his lady in red. She plays guitar and enchants Roy like a siren. His yearning for her leads to certain doom as an attraction to a siren often does. Everyone in this story finds their eventual end – whether it is a happy one or not will be something that you all must find out for yourselves.

Midnight in Paris dances around the same notion of You Will Meet a Tall Dark Stranger in nature; only it manages to find a bit of whimsy and mystique as well. Owen Wilson – whom I believe I don’t care for – plays Gil. Can you guess what Gil’s occupation is? If you guessed that he is a struggling writer then stick a giant feather in your cap. A man so in love with Paris finds himself lost in the haze of what obsession does to the mind. His lady-love, Inez (McAdams) is a bit of a pistol. By pistol I mean she’s a shrew. I’ve always liked her just because she’s a decent actress and she is awfully cute. Just as Regina George in Mean Girls, Inez makes us dislike her from the start.

The movie opens with some of the classic sites in Paris. I lived ambiguously through the couple that sat behind me in the theater as them reminisced while famous scenes from Paris flashed across the screen. Fountains, bridges, cafes accompanied by “Remember when we walked by there?” whispered behind me, the Moulin Rouge, and – of course – the obligatory shot of the Eiffel Tower at night. All of this paired with a lovely Parisian tune was enough for my wandering mind to become acquainted enough with Paris to get into the movie.

So Gil is in love with Inez, so much so that I wished Owen Wilson might dote upon me the way he does on Inez. (I don’t even like the guy!) The two open the film with a lovely walk across a bridge and Gil talks to Inez about the idea of moving to Paris after they get married. Inez is almost offended by this idea and wants to live out her Malibu Barbie Dream House ideas, literally in Malibu. Gil wants to walk in the rain in Paris. Inez wants to sip wine from her sunny balcony in Malibu. Gil wants to write in Paris. Inez wants Gil to make lots of money so that he might continue to dote upon her even if that means he is unhappy.

Inez is the spoiled daughter of a business man and his wife. She wants all of the finer things in life, such as $20,000 beach chairs. Gil thinks they are – shall we say – a bit extravagant. But, you get what you pay for. Cheap is cheap. Or something like that. Gil is a bit infatuated with earlier times. I’m talking early 1900s early. The movie paints a pretty picture of this time which Gil visits each night at – you guessed it – midnight.

Woody Allen went out on a limb with this film and the silly nature of it, but the laughter in the theater reassured me that he’s still got it. I mean, Annie Hall is one of the funnier movies I’ve ever seen. So why not? Why not take a situation in which a relationship is falling apart and add some laughs? If we can’t laugh, readers, then what makes this life we’re living worth the work of getting out of bed in the morning?

In short, I will tell you that I enjoyed both of these films. I find myself disappointed when Woody Allen films end. It is abrupt and I often wish the movie would go on longer. He doesn’t often leave us with cliffhangers or endings that we must question incessantly, but I always want more. I suppose that is part of the allure.