Now that summer is officially here and heating things up – albeit sporadically (crazy Chicago weather) – the cinema is heating up as well. We should all celebrate the fact that we made it through movie theater death – January through April at the theaters – with a look back at the hottest summer blockbusters of all time.

When Jaws hit the big screen the day before the first day of summer in 1975 (June 20th), beachgoers everywhere flocked to their nearest theater to get a glimpse of this mammoth shark that was terrorizing the town of Amity. Wide-eyed stares are worn throughout most of the trailer as police chief Brody (Scheider) tries to figure out how to keep his beaches safe without looking like a lunatic. Robert Shaw – who reportedly showed up to set completely smashed most of the time – plays Hooper the crazy shark hunter. Richard Dreyfuss rounds out the cast aboard the Orca.

Together the three of them must slay the giant great white shark that has been antagonizing all of Amity’s swimmers. And by antagonizing I mean eating. My father decided it was a good idea to let me watch this movie when I was 8-years-old. I could barely go near the shower drain much less swim in our pool in the backyard without visions of a great white shark stalking my every move. Thanks a lot dad. And Steven Spielberg. Spielberg has a real knack for making films that do well at the box office. He also has other films on this list. My hat’s off to you, Spielberg. Thanks for ruining every trip to the beach I’ll go on from here to eternity. 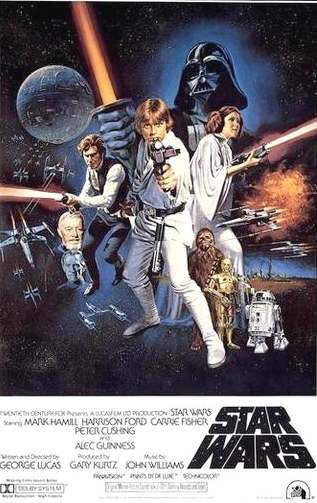 Star Wars came out only a couple of years after Jaws did and created an entirely different level of summer movie love. Star Wars fans were – and still are – serious. I am not saying that Jaws fans weren’t as passionate, but Star Wars fans are a special breed. George Lucas struck gold with this film. The graphics were way before its time and the dreamboat Mark Hamill stole the hearts of young girls everywhere. Including mine. I believe I actually wrote on our VHS copy “Luke is MINE.” Star Wars: A New Hope was the beginning of something much bigger than Lucas probably realized at the time. Now he just rolls around in all of his money at night and has completely forgotten about Star Wars aside from the Chewbacca tattoo on his… nevermind.

But seriously folks, a movie so perfectly strange and wonderful only comes along once in a great while. This is the first movie I remember watching and thinking “Wow, I really love this whole film thing.” Everyone has a movie that does that for them. This was absolutely mine. Oh, and Luke is still MINE. Hands off, ladies. 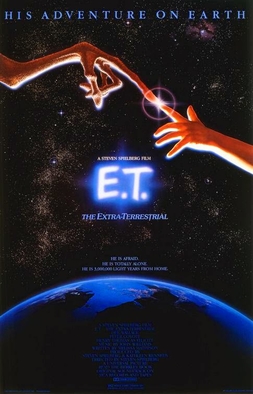 What I remember about watching E.T. as a youngster was being terrified to go down the long dark hallway on my way to bed that night. I was so scared that E.T. might be waiting for me. Then young Drew Barrymore and I would hang out. With E.T. And Elliott. I was a wuss as a kid, if you haven’t figured that out yet. E.T. was another smashing success from Steven Spielberg. The story of an alien life who just wants to go home and the boy who helps him get there.

Every time I see a bike fly past the moon I think about this movie and what an impact it had on me. In all seriousness, this movie was another one that had audiences in awe. It’s not surprise. Spielberg does that to you. E.T. made audiences believe again. Alien life forms on other planets have always made earthlings so curious. The idea that someday we might have a Close Encounter of the Third Kind has always piqued our interest. The movie shows what might happen if a family decided to try to hide that they had an alien living under their roof. Chaos, people. Utter chaos. This is why we’ll never know if it actually does happen. 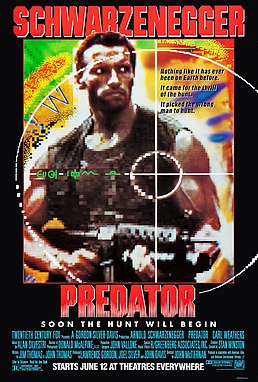 What a sweet movie, right? Oh my goodness. Predator is one of the most awesome monster vs. human movies out there. This is Arnold in his prime. I will say that I haven’t cared for any of the sequels that have come from this movie, but I will always watch this one when I can. The hunter is the hunted in this movie and the action rarely stops. Every so often when I am riding the train I will see someone who looks like predator – hair and all – and get the intense urge to turn to the person next to me and shout “Get to the choppa'” in my best Arnold accent.

Action movies are part of what makes summer so great. This one takes place in a jungle of predator vision and awesome violence that was enough for my 10-year-old self to be frightened yet again. What a wimp! But really, I wish that these days we would see more movies like Predator hitting theaters. Any movie that gets two or more sequels was originally a hit. This one is no exception. 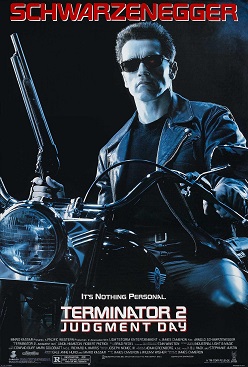 I remember watching Terminator with my dad and thinking that it was just the best movie I’d ever seen – and being afraid of the terminator. Especially when he was just that creepy metal creature. But I digress… Terminator was awesome. Then Terminator 2 came out and I forgot all about Terminator. The “Get out” scene in the first one was better, but Terminator 2 has the first one beat in every other aspect. The t-800 (Schwarzenegger) was cool, but the t-1000 (Robert Patrick) was more advanced and quite evil indeed. His ability to mend his own wounds always reminds me of the way Alex Mack of the Secret World of Alex Mack used to melt and stuff.

This movie also allowed me to have my greatest wish from the first movie: for t-800 to be good and to bond with Sarah and John. This movie gets 11 awesome points on a scale of 1-10.

I was incredibly excited to see Pirates of the Caribbean: The Curse of the Black Pearl all the way back in 2003. It didn’t disappoint me either. It was smart and well written. The fight scenes were perfectly choreographed and it never dragged. I didn’t find the love scenes to be overwhelmingly sappy and I adore Johnny Depp and Geoffrey Rush. Keira Knightly was new to me then and I have always known that I don’t like Orlando Bloom. But even he was likable in this one! The movie had all of the winning qualities of a summer blockbuster.

This is a good example of a film that when too far. After the most recent installment of the film, Pirates of the Caribbean: On Stranger Tides bombed with critics, it did something else: it became one of the highest grossing films – the highest for Disney – overseas. The box office total is now 907.4 million dollars. The only way I can explain this is that Pirates does something right. I can vouch for that on the first one and maybe even the second, but I did not see the fourth yet. Thinking I’ll wait for DVD. Johnny Depp is rich enough. He should fly me out to his island and hold a private screening, don’t you think? Iron Man is no different from any other movie on this list. It comes complete with explosions and a fast-paced story that keeps you flying by the seat of your pants. And it has its own rocket and everything!

Personally, the big allure for me was Robert Downey Jr. I mean, c’mon ladies. Am I right? Summer belongs to comic book characters these days. Iron Man is a genius, he can shoot missiles, and boasts superhuman strength. That says summer blockbuster to me. 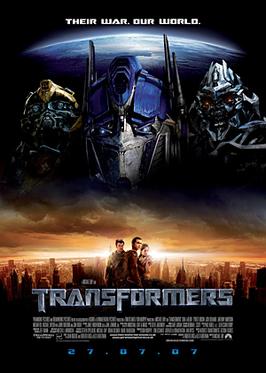 Transformers hit theaters and received a warm welcome to the big screen by diehard fans. Me included. The movie features the Autobots and the Decepticons and the humans that come in between. The first film in the very soon to be trilogy blew audiences away with awesome CGI and plenty of excitement including my favorite – explosions. The ubiquitous Mr. Spielberg was executive producer on this film making this film the third one on the list with his name attached.

Let us never speak of Transfomers: Revenge of the Fallen. The second installment of the film was the first film that I almost paid good money for and walked out on. Why does a robot need testicles? Embarrassing.

Anyway, Transformers – the first one and hopefully the third one – always scratches me right where I itch when I need a good action flick. 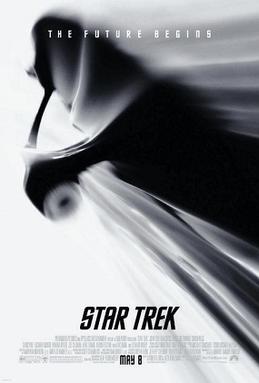 Growing up in my house, Star Trek was sacred. My mother was gaga over Captain James T. Kirk. She had an alarm clock beside her bed that looked like the Enterprise and when it went off in the morning it sounded off with “Beam me up, Scotty!” followed by the beaming sound effect.

This new Star Trek did an excellent job of staying true to the characters and the show. The character development was outstanding. Watching these new actors grow into the characters that we have known for years was exciting and they could not have cast more suitable actors for these roles. I could watch this movie over and over.

Alright, Spielberg, this is number four on this list for you. Show-off. This film is an adaptation of the H. G. Wells novel with the same name. The movie is good for people like me who get excited when aliens come up from the ground after planting themselves in a lightning storm. Those of us who think logically are not amused, but I love – everyone together – explosions. So naturally this film is on my list. This is also one that should have been viewed in theaters. Any movie that is packed with explosions and the like should always be viewed on a big screen if possible.

I don’t like Tom Cruise. He’s so glib. But I did like this movie. I’m not going to get up on Oprah’s couch and scream about how much I love it, but it is pretty great and an excellent summer flick.