Curse of the Blood Rubies
(Legend of Shenlong) 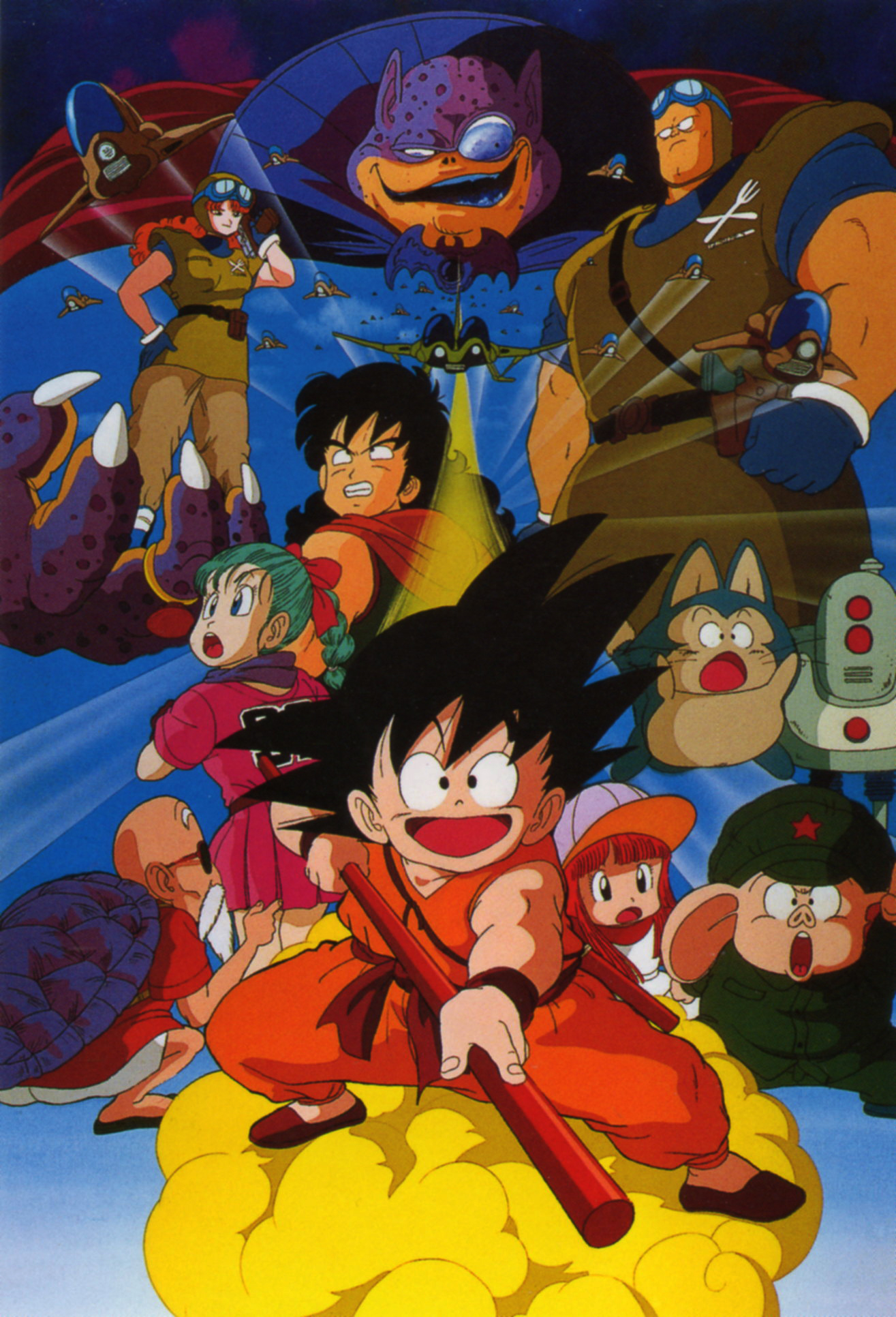 Now, the first three films are abridged reimaginings with changes made to conform to the new medium. They were made as more or less an outlet for newcomers to get a streamlined version of the story in order to boost interest in

the series. In this case, this is a retelling of first arc with a few changes. A mountain boy named Goku lives alone in the wilderness and a sixteen year old girl named Bulma runs into him while searching for Dragon Balls. Same old, same old. What does change is some of the circumstances. Pilaf has been switched out for Gurumes, a king cursed with an unending hunger, laying waste throughout the land with a clear stand-in for the Red Ribbon Army at his disposal, who are searching for the Dragon Balls as well. Because this is meant to bring in newcomers to the series, the film spends half of its runtime reestablishing the premise and cast. Bulma hitting Goku with her car, Yamcha and Puar starting out as bandits and quickly becoming allies, and the altercations at the castle. It’s really just the first 13 episodes of the anime with a bit of the Red Ribbon Army arc sprinkled in.

While the film invokes pure Dragon Ball, it’s not going to do much for established fans. That being said, as an introduction to the franchise’s inception, it’s an enticing one-and-done with crisp animation. Depending on how you feel about the franchise in any given language however, you may not be a fan of the 2010 re-dub, which utilizes Colleen Clinkenbeard as Goku (replacing Stephanie Nadolny from the series) and Monica Rial as Bulma (replacing Tiffany Vollmer) as a precursor to the Kai dub which was in production at the time. I know Kai is divisive among fans, so it’s worth noting. 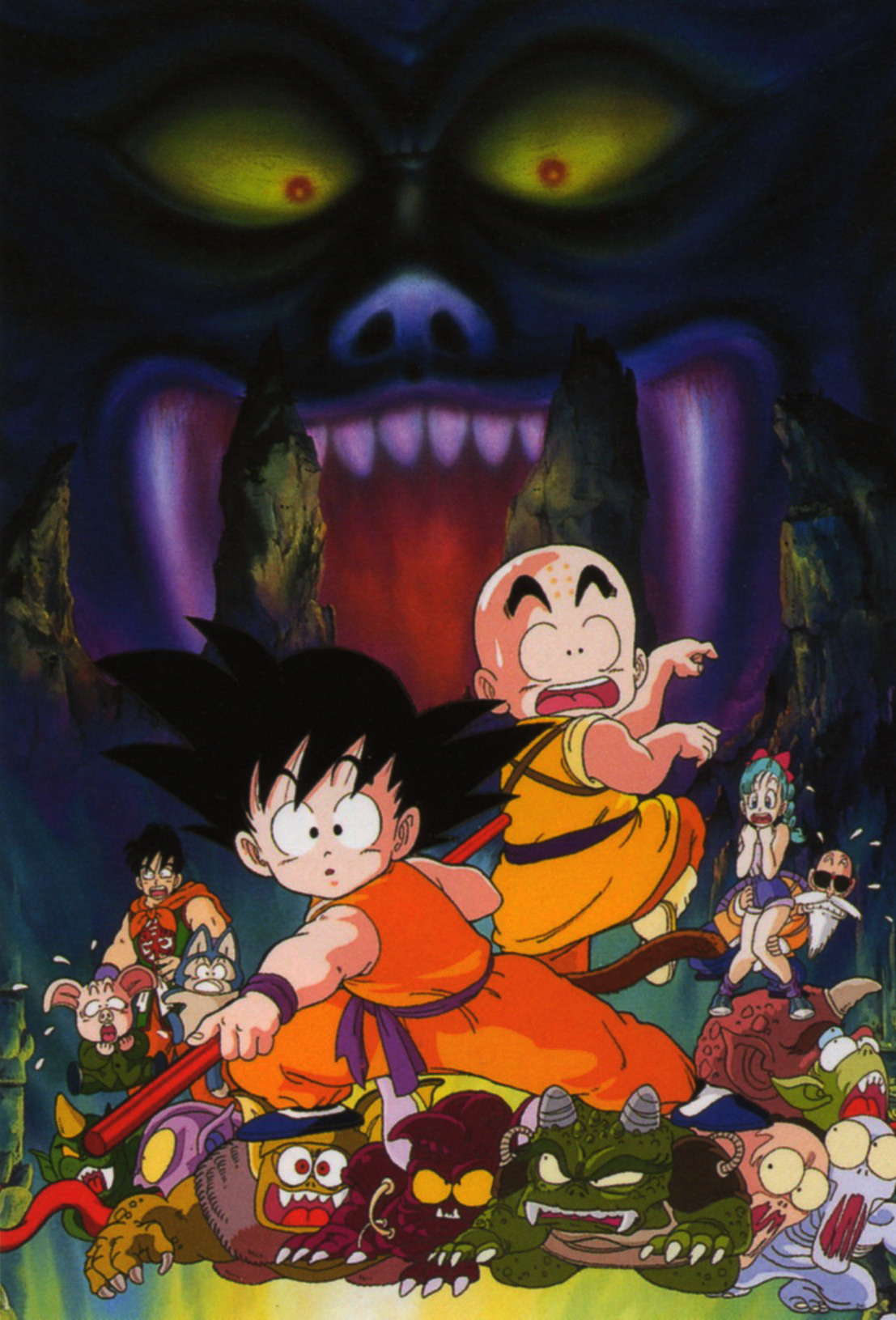 In proper sequel form, we follow the next piece of source material to cherry pick. In this case, Goku finds Master 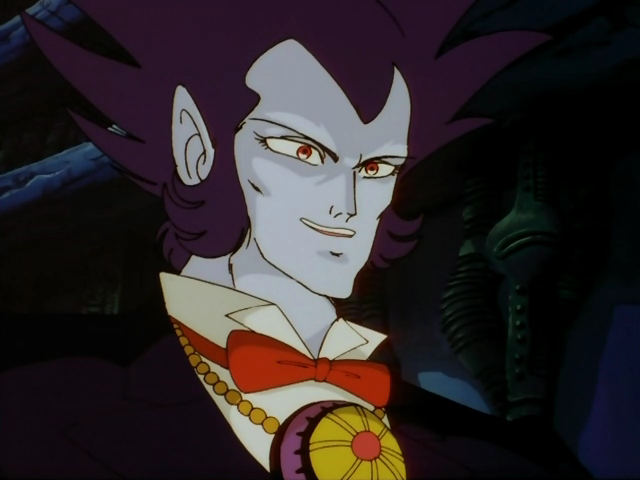 Roshi after their first meeting and begs for his tutelage. The old lech is hesitant about taking on a student, though. A young martial artist named Krillin then arrives at Kame House with the same intention, and acts a foil to Goku from that point. Roshi recounts the legend of the titular princess, held captive in the Devil’s Hand mountains by a vampiric count named Lucifer. Roshi poses a challenge to the boys: whoever can save the princess is worthy of his training.

And so they travel to the mountains and battle their way through monsters of the underworld in order to save what ends up being a clever inserted character from the series proper. Ironically, this is the most original of the three films, as it changes quite a bit, so it should be the freshest for both newcomers and longtime fans. Sadly, no. This is not only the weakest of the three here, but one of the weakest of the franchise.

In spite of its more original narrative, the entire production is drab, the enemies are uninspired and the fights are poorly animated. It was the first film to feel distinctly unfitting for the franchise, something that wouldn’t end here. I appreciate it for separating itself from the source a little more, making it a little more memorable than the other two in certain places, but it’s a chore to get through, despite most of the films only having about a 50 minute runtime at best. 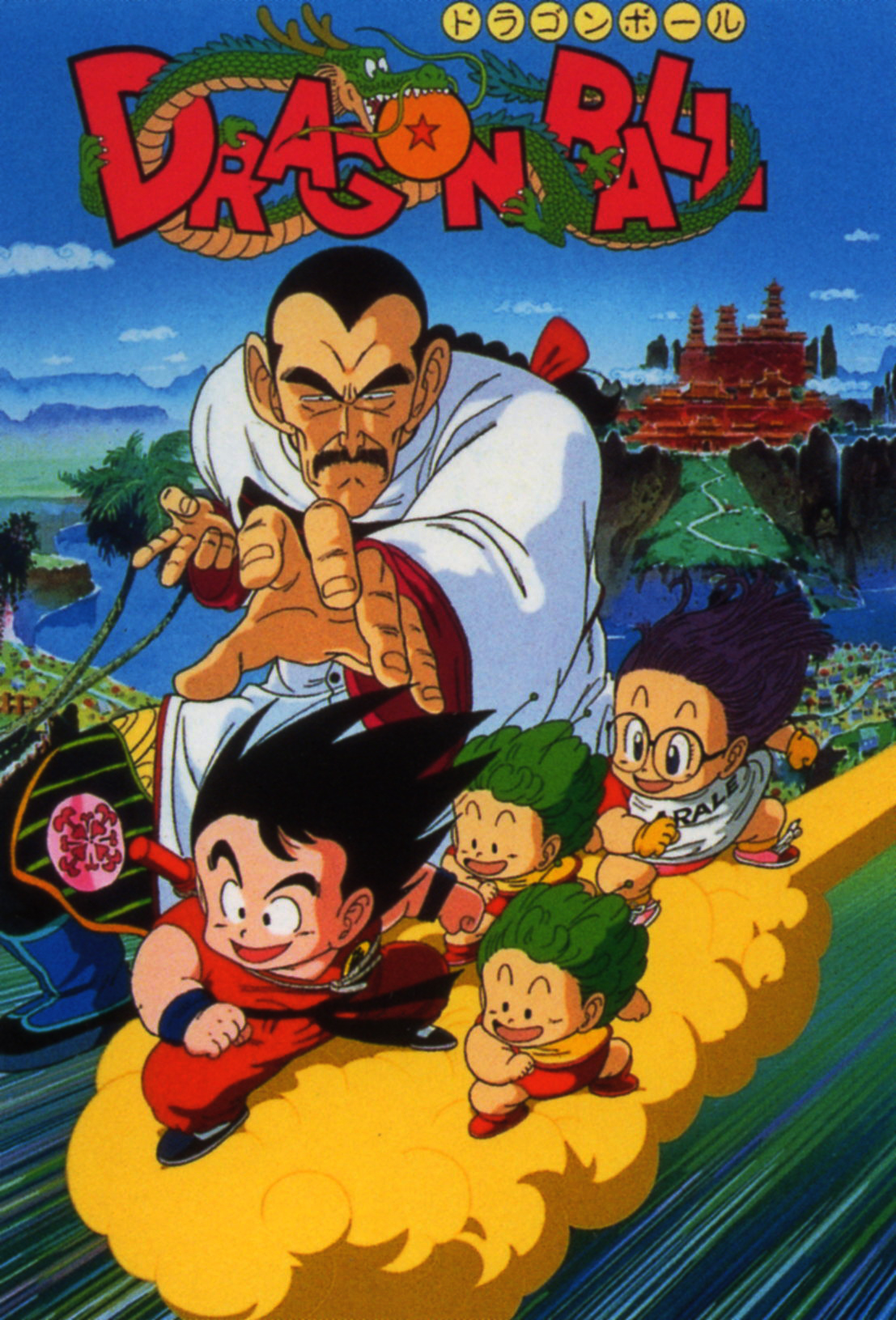 Retread: Part III. Except it’s good this time. This is a hybrid between the 21st and 22nd World Martial Arts Tournaments in the series, with more direct tie-ins to the Red Ribbon Army arc, both to it’s advantage and detriment. 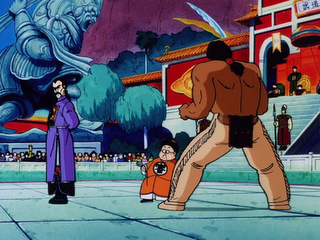 Having trained for some time, Roshi signs Goku and Krillin up for the World Martial Arts Tournament, held in the country of Mifan. The emperor of Mifan is a young boy named Chiaotzu, who is searching for his lost doll “Ran Ran”, going so far as to send his subordinates searching for the Dragon Balls in order to find it. This is a ruse from the Minister, who’s planning to assassinate the emperor and take over the country. Of course, Goku just somehow manages to get involved and what should have been a simple competition gets a lot more complicated. Too complicated, in fact.

It’s an interesting take on the arcs, particularly since one of my personal gripes with the Red Ribbon Army arc is its

length. However, the project undermines itself in the third act by trying to fit Korin’s Tower, Mercenary Tao and Penguin Village in what is already a movie filled to the brim. Combining the two tournament arcs makes sense, even sprinkling aspects of one of the franchise’s longer arcs is risky but it works for most of the movie. Waiting until the third act to then retroactively fit three arcs into one film is messy.

Had they kept the focus straight, this would be one of the best films, and a welcome adaptation of the aforementioned plotlines, but it gets sloppy by the end. There’s a lot of character here, though. The animation is a notable improvement from the last and there’s a genuine sense of scale and tension this time. The positives are so great that it’s actually better than Curse of the Blood Rubies. But, there are better to come. 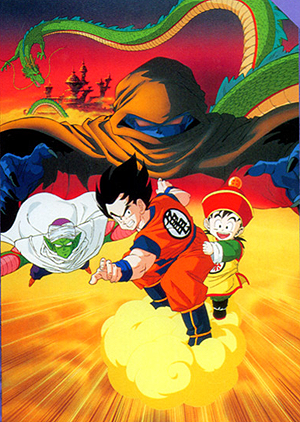 It’s fitting to talk about this alongside the previous three, as despite this being the first Z film, it still retains the character of the series predecessor. This film was produced in that perfect window where the franchise as a whole was transitioning to a more battle-centric focus with a lean towards sci-fi, but still maintained the mysticism and adventure (or mystical adventure, if you will). It’s a perfect balance. This was also before fights tended to rely on spectacle, so the choreography is more fluid and traditional, Goku still utilizing the Power Pole in addition to astonishing hand-to-hand combat before they used fast-paced, blurry clashes as a crutch.

Garlic Jr. is the son of… well… Garlic. Garlic fought with Kami for rank of Guardian of the Earth (God in the sub), and 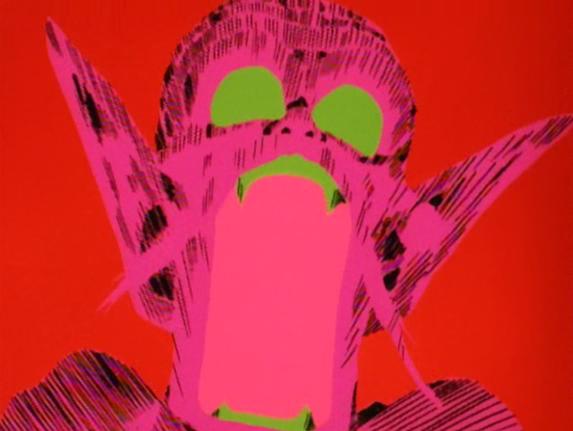 their master sealed his power away for his evil intentions and eventual revolt. Garlic Jr. continues his father’s ambition for conquest by gathering the Dragon Balls, kidnapping Gohan in the process due to the Four-Star Ball on his hat. In an interesting turn of events, Garlic Jr. actually successfully wishes for immortality (unlike King Piccolo who wished for his youth back) just before Goku and Kami arrive to stop him.

I love that Garlic Jr. is a villain rooted in the series lore, and his design not only in literal appearance but purpose in the story is genuine and cunning. It’s a shame that his ultimate hubris by the end as well as the much hated Garlic Jr. mini-arc (saga if you’re a dubbie) later on undercuts him. Although in the former’s case, they had to find a way to get around the immortality somehow. Not only was this the most well-animated product for the franchise at the time, but it actually used transformation as a plot device well before the canon dipped its toe in that pond. Same goes for a villain successfully gaining immortality via the Dragon Balls. Sorry, [insert Dragon Ball Super villain here]. I love this movie, and it’s a damn shame we’re about to hit a rough patch.